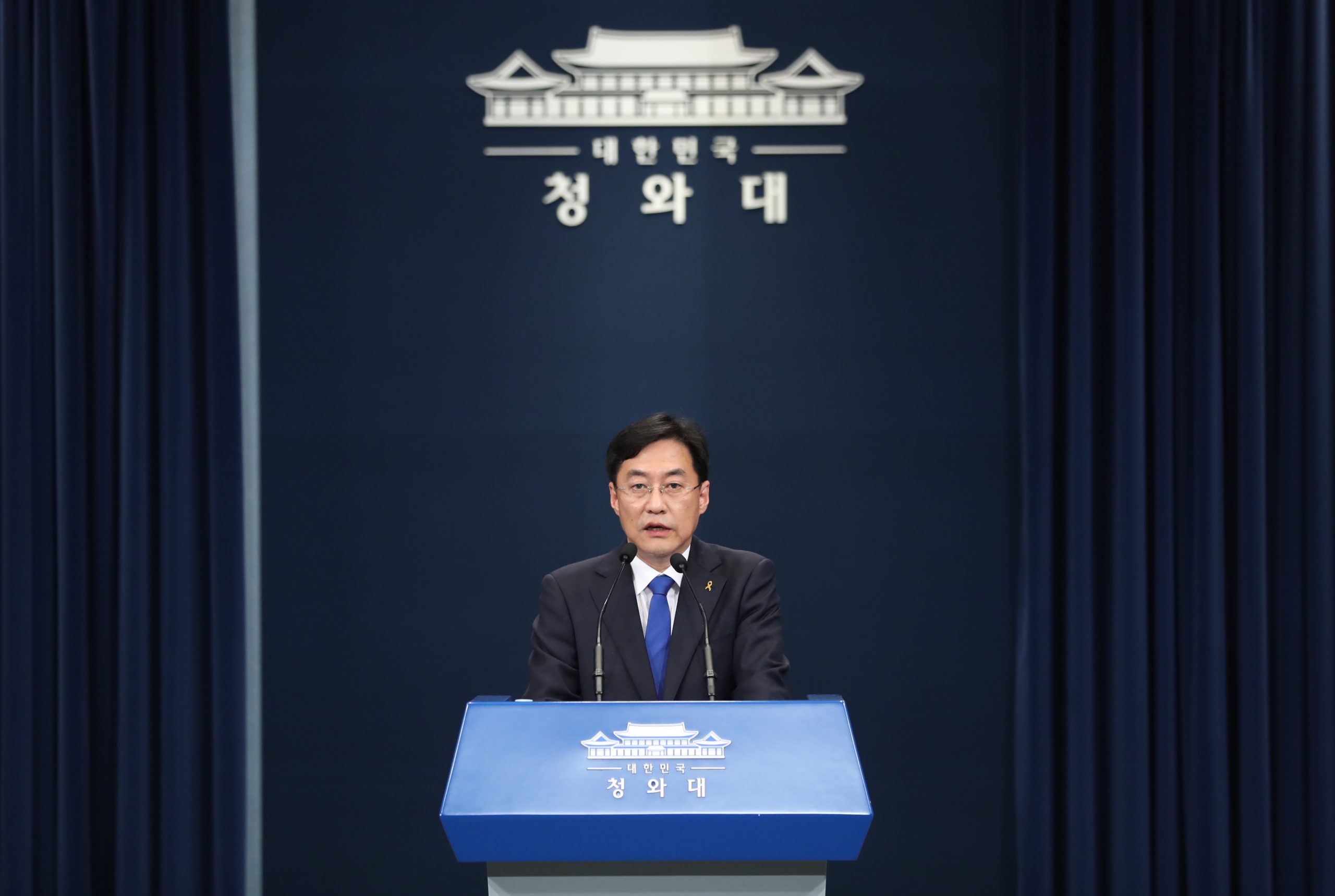 SEOUL, April 24 (Yonhap) — The office of President Moon Jae-in pressed South Korea’s parliament Friday to pass a multibillion-dollar supplementary budget bill designed for the payment of “emergency disaster relief money” to most households in the nation.

“President Moon stressed that the government should pay the money at the earliest possible date so that the people can get it in a rapid and convenient way,” Cheong Wa Dae spokesman Kang Min-seok said at a press briefing.

The Moon administration announced at the end of March that it would grant the direct financial support of up to 1 million won (US$808) to all families here except the top 30 percent by income.

The government soon submitted a 7.1 trillion-won extra budget bill to the National Assembly to fund the program.

The ruling Democratic Party has proposed expanding the scope of beneficiaries to all households amid concern about the time and cost necessary for administrative procedures to sort out the eligible.

The liberal party has set April 29 as the deadline for the handling of the bill.

The conservative main opposition United Future Party, however, has been apparently dragging its feet about another supplementary budget.

Cheong Wa Dae said related authorities are working to start sending cash to around 2.7 million of the lowest-income families, already listed for a welfare policy, on May 4 mainly through online accounts.’

The government would then receive applications from the other families starting on May 11 to begin payments two days later, a senior Cheong Wa Dae official told reporters on the condition of anonymity.

In order to meet the schedule, lawmakers should pass the budget bill no later than the end of this month, he added.