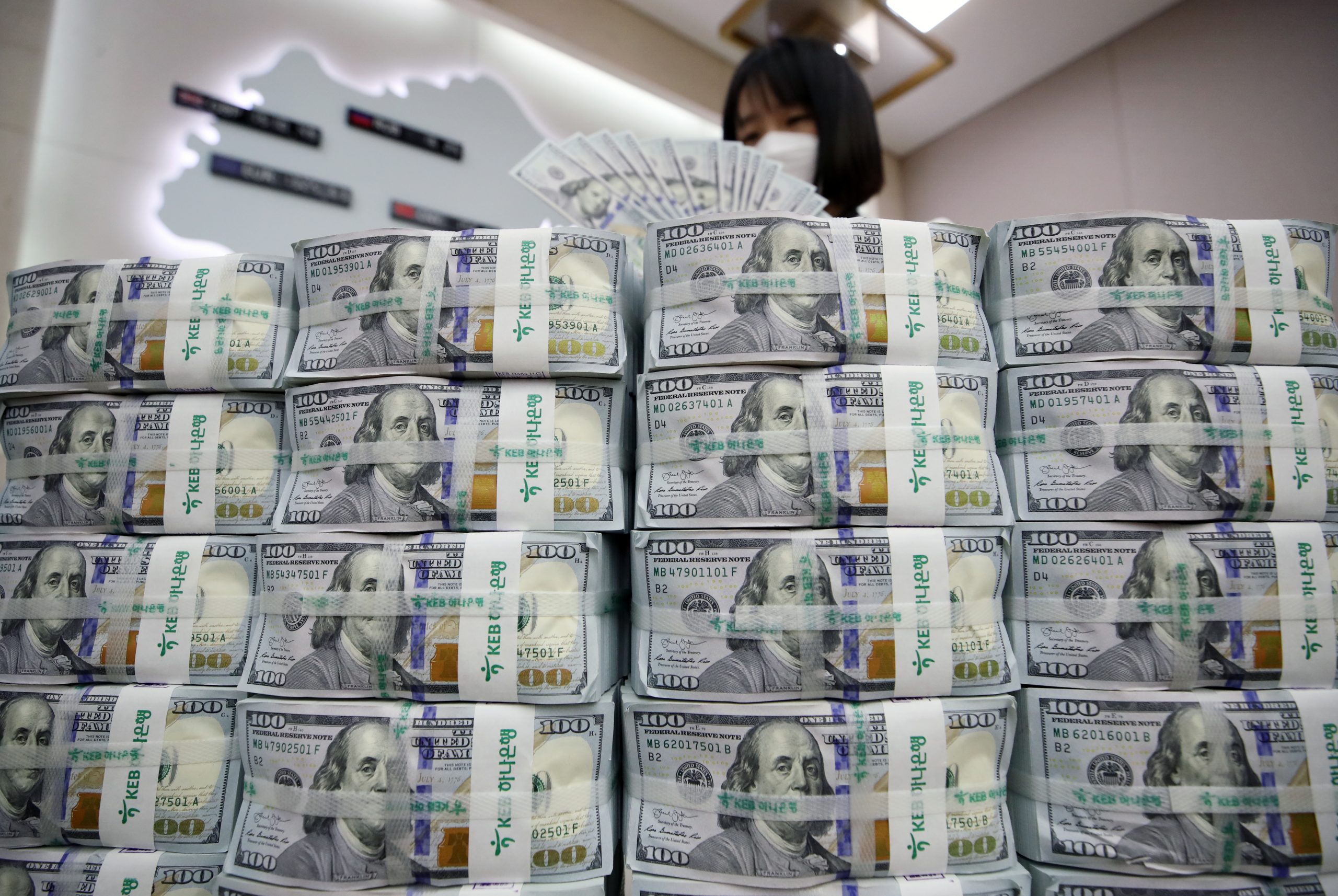 The country’s FX reserves came to US$407.3 billion as of the end of last month, according to the data from the Bank of Korea (BOK).

The reading marks a $3.33 billion increase from April, and the highest since $409.17 billion tallied at end-February.

The BOK said the increase is partly attributed to the U.S. dollar’s weakness that drove up the value of other currencies when converted into the U.S. greenback.”

FX reserves held in foreign securities stood at $365.71 billion at end-May, up $4.2 billion from a month before, while those held in savings came to $30.01 billion, down $1.21 billion over the cited period.