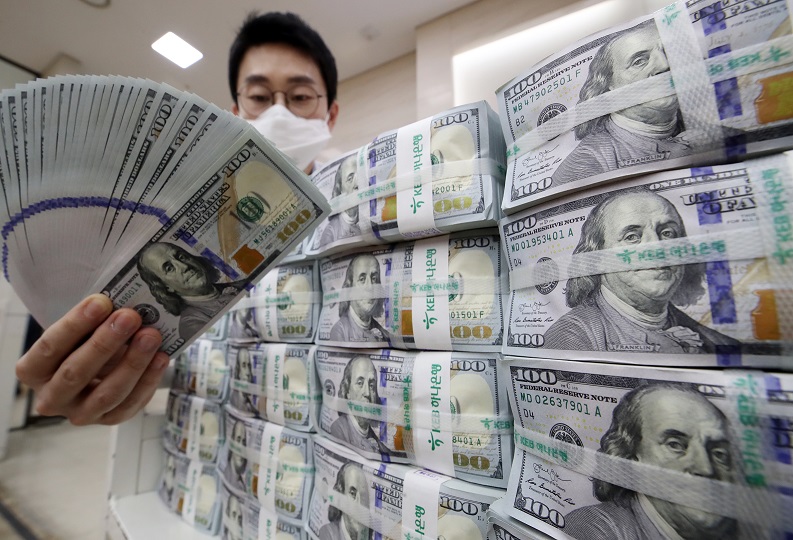 SEOUL, June 10 (Yonhap) — South Korea’s money supply grew by the largest amount ever in April on a sharp increase in funds held by local companies apparently seeking to prepare for the shock from the new coronavirus pandemic, central bank data showed Wednesday.

The reading marks a 1.1 percent, or 34 trillion won increase from a month before, which is the largest on-month gain since the central bank began compiling such data in December 2001.

From a year earlier, the amount rose by 9.1 percent, which marks the highest on-year increase since the 9.4 percent on-year rise posted in September 2015, according to the BOK.

M2 is a measure of the money supply that counts the currency in circulation, including bank debentures and deposits with a maturity of less than two years, along with stock investments. It is a key economic indicator closely monitored by the authorities.

The sharp rise was largely attributed to an increase in money held by firms.

Such an increase, however, also follows a series of unprecedented efforts by the local government and the BOK to support the pandemic-hit economy.

The government has successfully pushed for two supplementary budgets, together worth over 20 trillion won, and is now pushing for a third extra budget, worth over 30 trillion won.

The BOK has also delivered two rounds of a rate cut in less than three months since the country reported its first confirmed case of COVID-19 on Jan. 20, sending the key rate to a new record low of 0.50 percent.