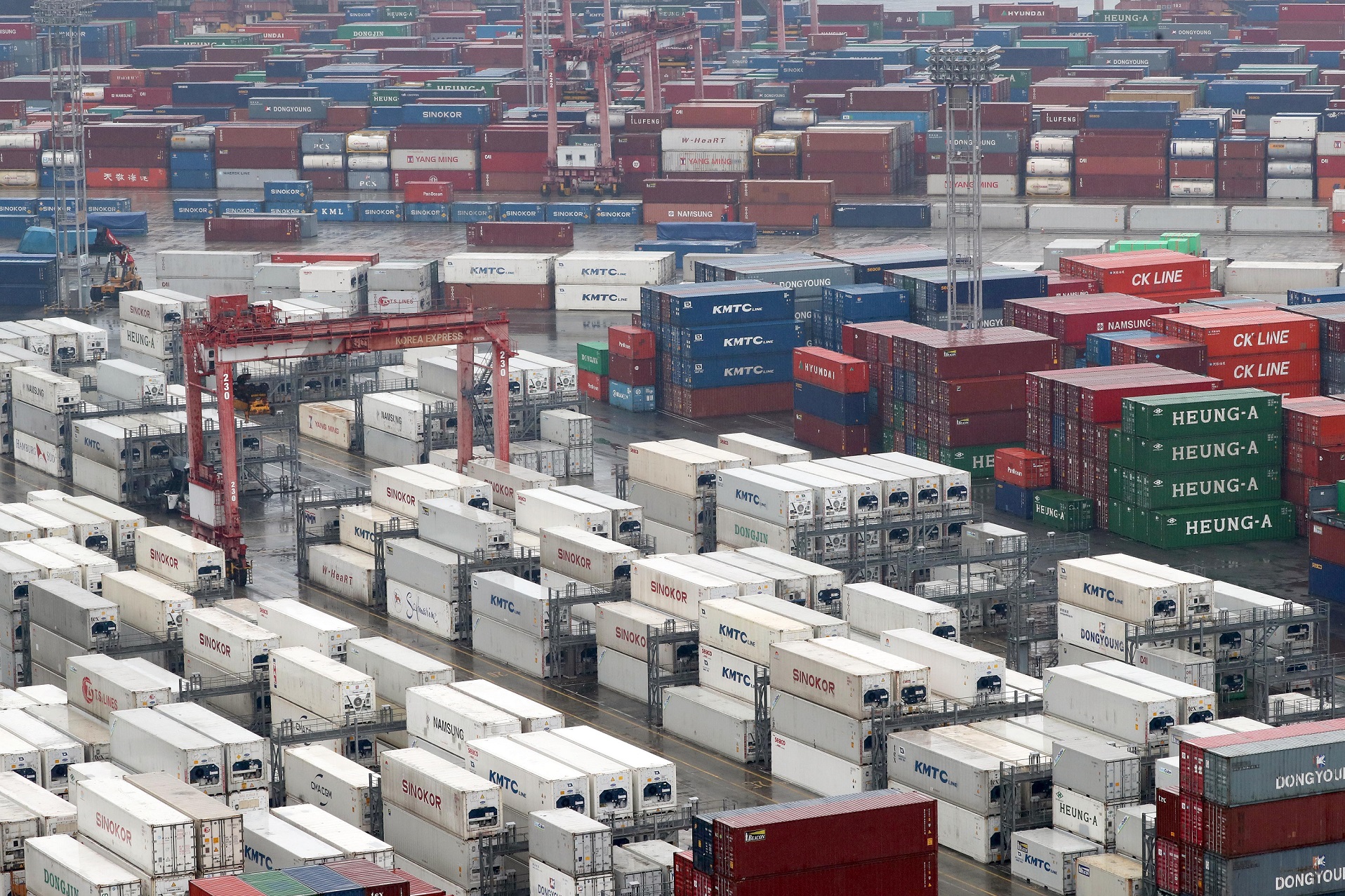 The country’s export prices index, in terms of local currency, came to 94.61 in the month, up 0.6 percent from the revised 94.0 in April, according to preliminary data from the Bank of Korea (BOK).

The index rebound after two consecutive months of on-month drop.

From a year earlier, however, the reading marks an 8.2 percent plunge. It also marks the 12th consecutive month of on-year drop.

The slight on-month increase was partly attributed to the weakening of the South Korean won against the U.S. dollar, which pushed up the value of its exports in terms of the local currency.

In terms of foreign currencies, South Korea’s export prices index added 0.3 percent from a month earlier in May, while tumbling 11.3 percent from the same month last year, according to the BOK.

Weak export prices are posing serious threats to the country’s export-dependent economy, especially when its outbound shipments are retreating at record-high rates due to the global slump prompted by the pandemic.

In May, South Korea’s exports tumbled 23.7 percent on-year to $34.8 billion, following a 24.3 percent plunge the month before.

The central bank estimates Asia’s fourth-largest economy to shrink 0.2 percent in 2020, but says it may contract by as much as 1.8 percent should global trade and economic conditions worsen more than currently anticipated.

In May, South Korea’s import prices index, in terms of the local currency, added 4.2 percent from a month earlier to 98.99. The reading still marks a 12.8 percent drop from the same month last year.