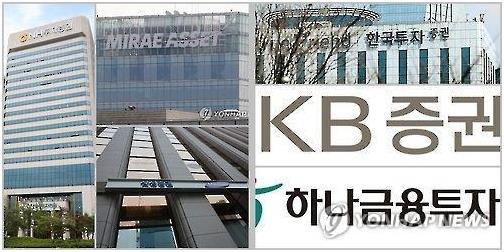 The combined net profit of 56 brokerages stood at 1.81 trillion won (US$1.5 billion) in the April-June period, compared with 521.5 billion won, according to the data from the Financial Supervisory Service.

At the end of June, the combined assets of 56 brokerages stood at 593.2 trillion won, up 2.6 percent from the end of March, according to the data.