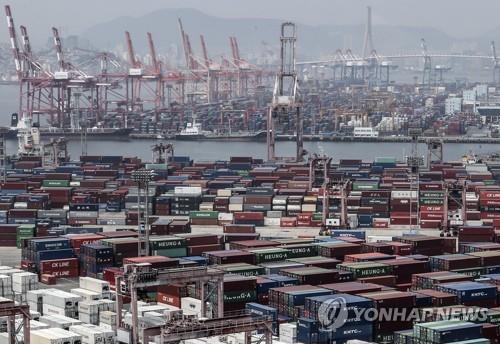 SEOUL, Feb. 25 (Yonhap) — South Korea’s central bank on Thursday held its benchmark policy rate unchanged at a record low of 0.5 percent, as the third wave of the new coronavirus undermined the scope of sustaining an economic recovery.

As widely expected, the monetary policy board of the Bank of Korea (BOK) voted to leave the base rate steady in this year’s second rate-setting meeting.

Last month, the BOK froze the key rate as economic uncertainty heightened amid a flare-up in new coronavirus cases.

To bolster the pandemic-hit economy, the BOK slashed the key rate to the all-time low of 0.5 percent in May last year after delivering an emergency rate cut of half a percentage point.

Despite signs of a recovery in exports, weaker consumption has weighed on employment and increased pressure on policymakers.

South Korea’s economy contracted 1 percent last year, marking the worst performance in over two decades, but it appears to have returned to a growth track on the back of a mild recovery in exports.

Exports rose 16.7 percent on-year in the first 20 days of February on strong shipments of chips and autos.

The number of employed people reached 25.8 million last month, 982,000 fewer than a year earlier, according to the data compiled by Statistics Korea. It marked the sharpest on-year fall since December 1998, when the country lost 1.28 million jobs in the wake of the Asian financial crisis.

The country has reported job losses every month since March last year, when the nation lost about 195,000 jobs, the first on-year job loss since 2009. For all of 2020, the nation shed the largest number of jobs since 1998.

The BOK, which expected the economy to grow 3 percent this year, will release its latest growth outlook later in the day.’