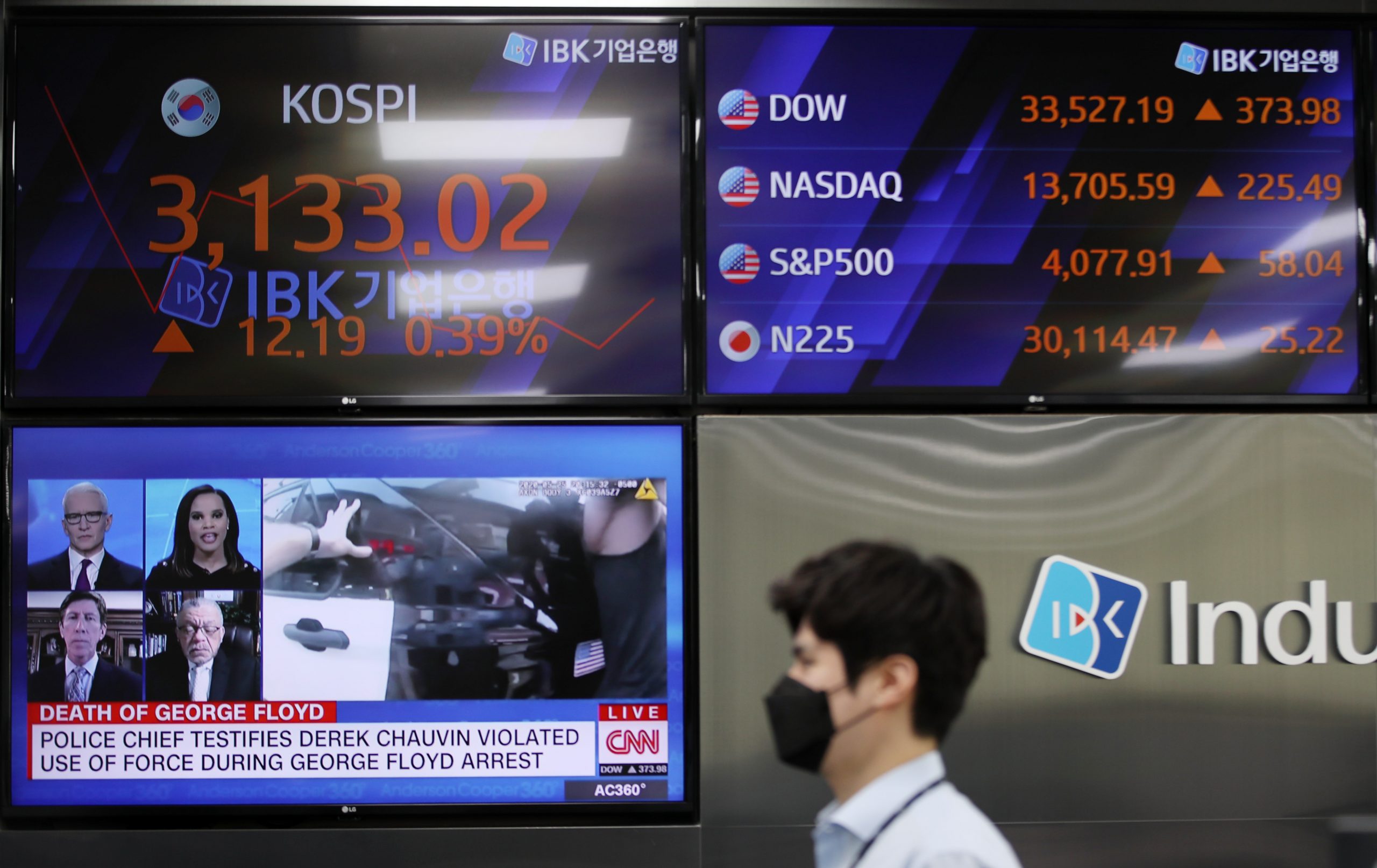 SEOUL, April 7 (Yonhap) — Foreign investors have been on a buying spree of South Korean stocks so far this month, picking up a net 1.89 trillion won (US$1.69 billion) worth of local shares, reversing their selling trend earlier this year.

Offshore investors have been net buyers of local shares for four straight sessions — the first time this year — from April 1 to 6, compared with retail investors who have sold a net 1.2 trillion won over the same period and institutions who have offloaded nearly a net 700 billion won, according to financial industry sources Wednesday.

Including the end of last month, foreign investors have been net buyers of local shares in seven out of eight sessions from March 26 to April 6, purchasing a net 2.2 trillion won.

The recent buying spree is a change from earlier this year when offshore investors were net sellers in January, February and March.

Analysts say that foreign investors have recently picked up local shares amid weakness in the U.S. dollar and lower interest rates.

While the local currency was trading at 1,130 won to the U.S. dollar last month, it has since risen, closing at 1,119.6 won on Tuesday. The U.S. 10-year Treasury yield, which had previously been on a rising trend, has also recently been hovering near 1.7 percent.

“There has been surprising economic and manufacturing data from the United States since last week. However, interest rates and the U.S. dollar have not risen and instead moved in the opposite direction,” Samsung Securities analyst Jeong Myeong-ji said. “Foreigners are being drawn (to the local stock market) as concerns of belt-tightening measures subside and on expectations that a strong dollar has reached its threshold.”

The key index rose above the 2,600-point level for the first time ever in November last year on the back of foreign buying, which reached a net 5 trillion won that month.

This month, the KOSPI has risen in all four sessions thanks to foreign buying, breaking the 3,100-point threshold and closing at 3,127.08 points Tuesday.